by Jeni Head, Board of Directors at Eastern Iowa Arts Academy

My family was introduced to the Eastern Iowa Arts Academy (EIAA) in the fall of 2015.  My youngest son, Ethan, was a 6th grader at Harding Middle School.  During the daily announcements, he learned about a rock band class that was going to start up at Harding.  Ethan had been taking drum set lessons for about a year at this time and was very excited for this opportunity.  He signed up for the rock band class and has been involved ever since! 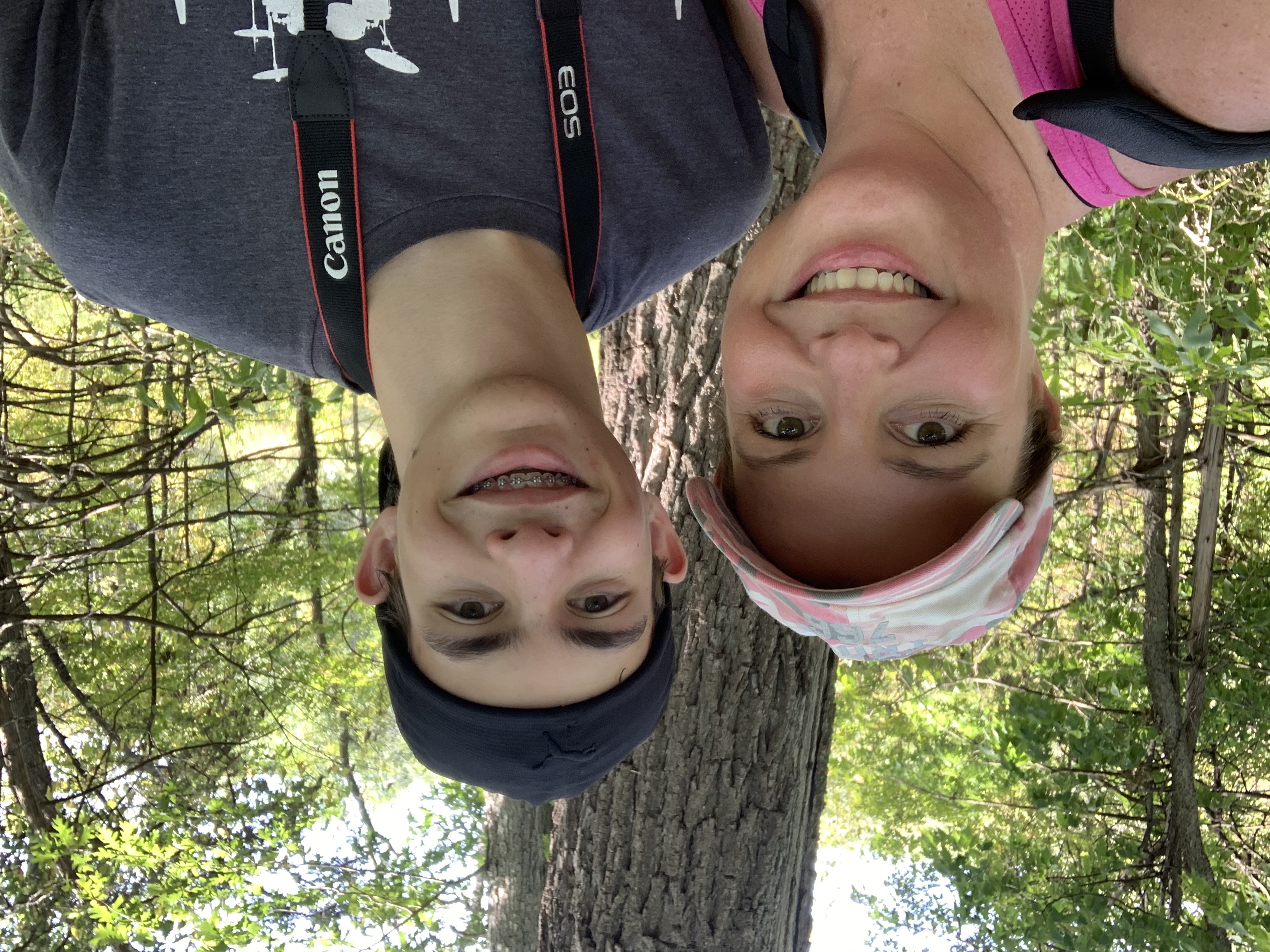 Being part of the EIAA has positively impacted Ethan in so many ways.  For example, additional opportunities to drum have been presented to him such as the show choir combos at both Harding Middle School (David Griffin, the Co-Executer Director of EIAA, was the show choir director at Harding at the time and asked Ethan to be part of the combo) and Kennedy High School.  Secondly, Ethan has learned how to set up and tear down for performances. With the guidance of the rock band directors, the students are responsible for loading and unloading equipment for their gigs as well as setting up and tearing down the equipment. This has reinforced the importance of being responsible, showing up on time and working as a team.  A third example is Ethan has been able to perform at many events and venues that the Academy has worked really hard to book for these students.  Rock band has performed several times at Newbo Market both for the summer Rock the Block events and Volta (the annual youth music festival), as well as at Groundswell Café, TCR, Downtown Farmer’s Market, Parlor City, Lion’s Bridge and others.  This gives the students the opportunity to play for a variety of people besides their family and friends that come to all of their events. The fourth example is Ethan has been able to further develop his leadership skills. He is part of the student leadership team where he and other youth leaders work with Heather to develop ideas for the Music and Arts Studios and has had the opportunity to assist during a keyboarding class.  And finally, Ethan has had the opportunity to learn from and be mentored by directors of the rock bands who are all fabulous musicians, sharing their love and passion for music with these students.

I am greatly thankful for the staff that work with Ethan and the others in rock band.  Heather and Courtny work tirelessly for these students (and the students absolutely adore them) setting up gigs for them to perform at, communicating with the parents and students about upcoming events, organizing the recording of a CD of the bands to send out around the country for sponsorships and arranging publicity for the rock band programs. They also have worked SO hard during the COVID pandemic to keep the rock band students engaged by having weekly zoom sessions to stay in touch with one another, Facebook live concerts for rock band students to participate in if they wished and working to find a way to bring the students back to the academy to rehearse in the safest way possible. In addition to Heather and Courtny, the rock band directors – Ryan, Jeremiah, Craig, and Naomi - are terrific as well.  They are all performing artists who share their experience, knowledge, and talent with the rock band students. They have helped Ethan record some auditions he submitted for drumlines and have given him guidance on how to release music he has composed on the various music streaming services. And just recently, Craig had Iowa Blues Hall of Famer, Kevin Burt, come to the blues band rehearsal and work with the students. It was a fabulous experience!

Our experiences with the Eastern Iowa Arts Academy have been so terrific over the years that I became a board member in October 2019.  This has been a great way for me to learn even more about the Academy and the depth of classes and opportunities they provide for the community – all while being a non-profit.  It is great to work with others in the community who are passionate about the arts and choose to volunteer to support this great organization.  Being on the board has given me opportunities to see the behind the scenes work the staff does for students and the community and I have an even greater appreciation for all the staff does.  It is really awe-inspiring to see their dedication.  I can’t say enough good things about the Eastern Iowa Arts Academy and I hope you take the opportunity to check out EIAA.